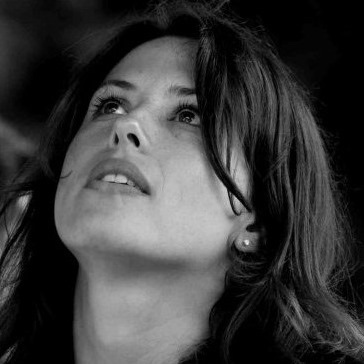 There’s a “new music video” for the song ‘As It Is’ made by Jaylie Jo Wayling and it is par excellence! The band is called Spirits featuring Jaylie’s mom, Heidi-Jo Hines and Nico Barchiesi. If you love “Free as a Bird” by the Beatles then you will adore “As it Is” – I keep playing it repeatedly, and Jaylie-Jo’s video is true craftsmanship! Go to the TinyURL https://tinyurl.com/spiritsasitis Spirts as it is

Friday December 20 it is Deep House at Club Bohemia, downstairs at the Cantab, and on Saturday you simply must go to Fat Togue (promotions’) annual Christmas party with a band from Somerville -the Blood Build Empire! Featuring Jared Marsh, Guitar/Vocals
/Deb Grant on Bass/Vocals Rob Adams playing Drums
https://bloodbuiltempire.bandcamp.com “Loyal Camps” from their When the Seas Turn Dark release is driving, eclectic and fun! Also on the bill on Saturday December 21 it’s Black Helicopter, Above the Din and North Star the Wanderer.

Congrats to author Rex Apollo who hits over 5,000 on twitter! The book – How To Spark Your Own Golden Age – probably getting all this attention because it was reviewed in the Somerville News Weekly!
@AwesomeRex_joined Twitter in May 2019 and by December he has
5,413 Following 5,176 Followers – Stunning work!

If you get down to Southington CT on Dec 21, Saturday, check out the About Time Band at Friend’s Café 9 pm Playing hits from 60’s to today. Vicki Gagliardi – Vocals, Johnny “Taco”- Bass/Vocals, Dan Rice – Keyboards/Vocals, Dave Richard – Guitar/Vocals, Todd Purcaro – Drums/Vocals Nice cover of Loverboy’s “Working for the Weekend.”

Adventure Set’s latest effort is a single, “Cleaner,” which the band describes as kind of their homage to New Order (but with with a modern take on it). The band writes: “Of late we’ve been putting our “kitchen-made” songs (recorded in Mark Pothier’s kitchen in Plymouth) up on Bandcamp, where people can download or stream them. Along with “Cleaner,” they have 12 other tracks up there now. Here’s the link
https://adventureset1.bandcamp.com/track/cleaner

Go to Reverb Nation! To hear Scott Vallee and the Dollmakers – who are at Club Bohemia @ the Cantab on January 3.

Ruthless Black Metal is the order of the day on the new e.p., Victim of the Cross from Scott Vallee and the Dollmakers. The tour-de-force aggression rocks your ears and speakers with devlish delight saturated with guitar master Tony Iommi undercurrents.

The title track is two minutes and seventeen seconds of crunching refined mayhem with Vallee snarling at Satan while singer Vallee and axe man Mike hit you with their vocal and guitar attack. Andrew and Josh on bass and drums respectively collude with the dark forces of the underworld churning a bottom that works in unison with the layers of guitar.

Not for the timid, “The Holy Ghost” will have the born again movement protesting – even Ozzy and Black Sabbath didn’t venture this far into the depths of hell. “I Lose Reality” lyrics appear to be notes from the insane asylum while “The Devil Wears High Heels” (on Reverb Nation, not the E.P.) will have preachers secretly dancing in their room with the receiver and hard drive reaching for decibel levels not yet known to man.

John LaPrade had a birthday recently, so here’s his World Class Faker reviewed by the real thing…yours truly!
When a perfect pop/rock song like “Soul Shaker” comes along it’s hard to express to people in words what a fun experience they’re in for. But with the internet and artists posting the music to hear for free a great production and solid piece of songwriting like this has a chance to emerge and conquer the planet. Go to JohnLaprade.com to check it out. For those who love “Soul Shake” by Delaney & Bonnie (the lp To Bonnie from Delaney) or the quintessential Flamin’ Groovies track “Shake Some Action” (the 45 RPM from the U.K., more than the Sire lp title track), this could be the parallel world sequel to the Groovies song of love and lust. With Laprade on vocals, electric guitar, Rich Pagano on drums, bassist John Conte and backing vocals by Michael Miller, Barney Miller and Laprade, this song has all the elements. My favorite new release from an artist I’ve not heard of before so far in 2011…it’s just totally brilliant pop and landed on the #1 spot on my JoeVigTop40 blog for May.
The first video is for “Blind”, another excellent song with great production from Robert L. Smith (producer for Stacey Rose, engineer for Bon Jovi, Aerosmith, Carly Simon, Spin Doctors; re-mixer for David Bowie etc) – hooks galore and solid words power this well balanced collection of ten songs. Television’s Richard Lloyd shows up on “Knock You Down” with some very Television-esque Roxy Music-without-the-keyboards groove in a different setting. “Anything At All” is a folksy Kenny Rankin-type number, a brief two minute and ten second chance of pace that works very nicely on this collection. But it is “Anytime”, track 9, is as good a track as “Soul Shaker”, but in a different way. With flavors of the great Jerry Ross’s production work on Keith of 98.6 fame, featuring the exuberance felt on “Live” by the Merry Go Round or “Have I The Right” by the Honeycombs (though not the groove, just the feel and majesty and similar vocal) sunshine pop with a Beatle-esque piano, “Anytime” is something the summer of 2011 desperately needs to fill in the gaps. If radio and the supermarkets overplayed “You’re Beautiful” by James Blunt (over 16 million spins on YouTube), why are the programmers not out searching for something as exquisite as this?
Producer Smith engineered one of my all-time favorite Christmas songs, “All Alone On Christmas” from Home Alone 2, which got heavy play on AM 1570 WNSH when I was program director up there back in the day…it’s great to see his sublime production work on artists like the aforementioned Stacie Rose as well as Monica Ott and now Laprade (and others). Robert L. Smith, Jr. is a producer to watch…he’s got the ear and he’s finding extra special artists to work with. John Laprade’s World Class Faker is impressive, despite its deceptive title. Encore.