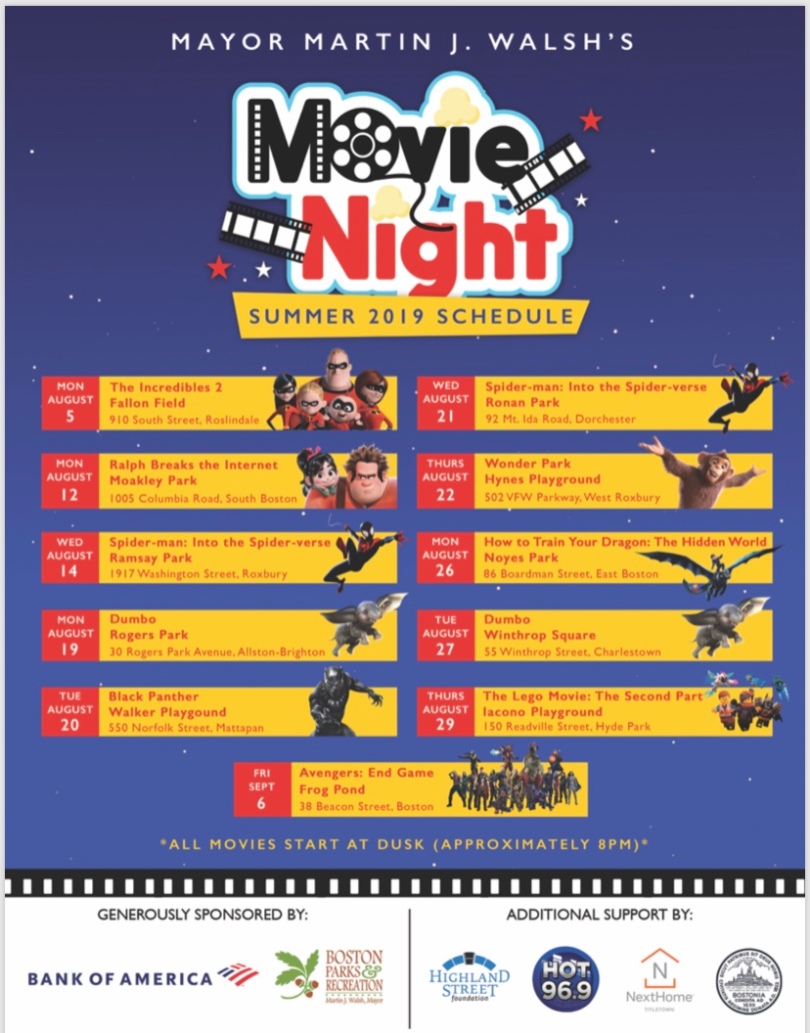 Mayor Martin J. Walsh’s Movie Nights, part of the Boston Parks and Recreation Department’s ParkARTS program, return in August and September giving residents and visitors the opportunity to enjoy popular films under the night skies in 11 City of Boston parks.

All shows begin at dusk (approximately 7:45 p.m.) and are sponsored by Bank of America and the Boston Parks and Recreation Department with support from the Mayor’s Office of Tourism, Sports, and Entertainment, Highland Street Foundation, and HOT 96.9. Snacks and beverages will be provided by NextHome Titletown Real Estate.

Dates, locations, and movies are as follows:

For more information please call (617) 635-4505 or visit the Boston Parks and Recreation Department online on Facebook or at http://www.boston.gov/departments/parks-and-recreation.