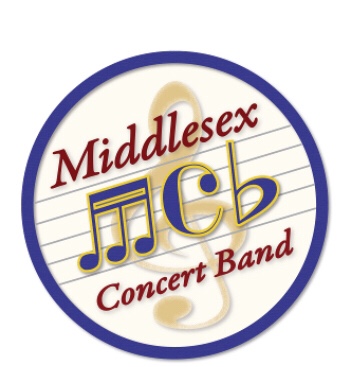 The Emotion of Music—A Musical Celebration for Kids

Exploring the Way Music Can Make Us Feel

Wakefield, MA – Children who learn music at an early age have been shown to perform better in most other areas of development. Hoping to help ignite that creative spark in our local youth, the Middlesex Concert Band presents its annual children’s concert on Sunday, September 30, 2018 at the Americal Civic Center in Wakefield from 2:00–3:00 p.m. with support from the Wakefield Cultural Council.

Each year, this free concert, which is geared toward children four to nine years of age, focuses on a different aspect of music—demonstrating for the audience how tempos, rhythms, instruments, etc. are combined to bring a composer’s vision to life. This year’s theme is The Emotion of Music, exploring the range of feelings that listening to music can draw out.

Music Director Mark Olson has put together a thoughtful program that will stir the imagination of listeners of all ages. It opens with the stately “March Grandioso” by Roland Seitz followed by John Philip Sousa’s “The Flashing Eyes of Andalusia,” a fiery Spanish dance. The program continues with Warren Barker’s “Deir’ In De,” a lilting lullaby from ancient Ireland. A bit of tension is added with Moussorgsky’s “A Night on Bald Mountain,” made familiar by Disney’s Fantasia.

The next section of the program is a series of pieces featuring the different sections within the band as a demonstration for the children of the various instruments. The concert concludes on a joyous note, of course, with Frank Ticheli’s “Joy Revisited.”

The unique setting of this concert, presented in the gymnasium of the Americal Civic Center, puts the children on the same level as the band where they can get a unique, up-close perspective. A large section of the floor is covered with craft paper, with pillows and crayons, where kids can stretch out and color while listening to the music. Each child will receive a souvenir coloring book based on the themes of the concert.

Halfway through the program, the children will be invited to participate in a parade of flags, which gives them a chance to burn off a little energy while they march around the gym to the well-known strains of the “Stars and Stripes Forever” march. Continuing a popular tradition, one lucky child from the audience will win the honor of conducting the band during this march.

Children are also invited to stay after the music stops to visit with the musicians as they set up an instrument “petting zoo” around the sides of the gym, where everyone can get a hands-on experience with the instruments of the band.

The Middlesex Concert Band is a nonprofit community band based in Wakefield, Massachusetts that regularly performs concerts in Wakefield and surrounding communities, striving to bring affordable entertainment to all. Originally founded in the 1950s as a marching band, the group later evolved into a concert band which gave its first performance in the spring of 1975 at Memorial Hall in Melrose. Since then, it has become one of the area’s outstanding community musical organizations, performing in various indoor venues from September through June and presenting a number of free outdoor concerts during the summer months.