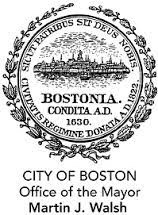 In 2017, Boston was identified by the U.S. Department of Housing and Urban Development (HUD) as the city with the lowest percentage of unsheltered people living on the street of any city conducting a census. In 2017, only three percent of Boston’s homeless population was sleeping on the street. The annual homeless census is required by HUD as a key component of Boston’s $26 million funding grant.

“The Annual Homeless Census helps us understand the needs of people in our neighborhoods and the scope of homelessness in our City,” said Mayor Walsh. “But it’s about much more than that. It’s a Boston tradition. It’s about the spirit of community. It’s about the values we share, as a city that looks out for one another as neighbors. Every single person deserves security, dignity, and hope. Every single person deserves a place to call home.”

Census volunteers canvassed 45 areas covering every city neighborhood, Logan Airport, and the transit and parks systems, identifying those sleeping on the street and conducting a short survey. The resulting surveys are closely analyzed to ensure accuracy, and are crosschecked and combined with the results of the simultaneous shelter count that occurs on the same night. In 2017, data was analyzed from 48 programs that serve homeless individuals and 24 programs that serve families.

Results of the homeless census form the basis for Boston’s Way Home, the City’s plan to end veteran and chronic homelessness. The plan, launched in 2015, has dramatically shifted the way Boston delivers services to people experiencing homelessness. The new plan puts housing first, while increasing resources devoted to housing people experiencing homelessness and deploying new technologies to match them with housing and services.

For the first time ever, this year’s homelessness census engaged Boston’s Way Home’s Consumer Advisory Council and Youth Action Board. These two boards were convened to offer the City and its partners the critical perspective of those who have experienced homelessness as the City continues to implement its plans to end veteran and chronic homelessness.

The Consumer Advisory Council, known as BACHome, is made up of 13 people who have committed to sharing their insight with City officials; all members of the board have experienced sustained homelessness in the City of Boston. The Board meets every two weeks, with regular meetings attended by representatives from the City of Boston. Approximately one half of the council is currently unhoused, while one quarter is newly housed. Another quarter of the members are more deeply settled into permanent housing.

“I see membership on the Council of BACHome as an opportunity to make a change for the better and to do what we can,” said Council member Mark St. John. “We can reduce homelessness in Boston, and make the systems that support homeless people more efficient and compassionate. I feel that I make a difference by being on BACHome — it is an honor. Everything we discuss is positive and it helps us move in the right direction.”

In addition, since the launch of Boston’s Way Home:
Boston has ended chronic veteran homelessness. At the time that Mayor Walsh launched his plan to end veteran homelessness, there were 414 homeless veterans in Boston. Since then, 876 homeless veterans — more than twice that number — have been housed.
Since the launch of the plan, 443 chronically homeless individuals have been housed. This represents more than 3,000 combined years of homelessness ended.
In his 2018 inaugural address, Mayor Walsh announced the launch of the Boston’s Way Home Fund in partnership with Pine Street Inn and Bank of America. The Fund aims to support the creation of 200 new units of permanent supportive housing. To date, the City has increased the amount of permanent supportive housing targeted for chronically homeless individuals by 100 units and vouchers since January 2016.
City investments in homelessness have increased by more than $1 million annually for Front Door Triage and Rapid Rehousing, programs that begin to connect homeless individuals to housing and services as soon as they enter shelter.
Boston has piloted the concept of housing surges. These events bring a vast array of resources under one roof, in order to connect homeless individuals with housing and services. Housing surges not only provide information, but also enroll individuals in supportive service programs and make housing offers on-site. Attendees may leave with an address and support services the very same day. To date, the city has hosted eight surges, through which 225 people have been housed.
In July 2016, working with the State, the City began hosting housing surges for elders that offered housing and integrated care together for the first time. More than 135 chronically homeless elders have attended these surges to date; nearly all of these elders have been linked with housing and services.
###