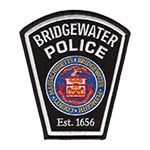 BRIDGEWATER — Chief Christopher D. Delmonte reports that the Bridgewater Police Department is investigating a shooting that left one man with serious injuries.

Bridgewater Police and Fire responded to 246 Pleasant St., a very short distance from the Bridgewater police station, on Saturday, Dec. 23, 2017 at 6:23 p.m. after receiving multiple 911 calls reporting that someone had been shot. A woman also came into the police department lobby to report the shooting. Upon arrival, police located the victim, a 29-year-old Bridgewater man, who had been shot twice, one in the forearm and another in the upper thigh area.

The victim was conscious and alert when police officers and firefighters arrived. He was transported by ambulance to a local hospital with injuries that are not believed to be life-threatening.

A preliminary investigation indicates that two men came to the house, and the victim met them outside of the residence. Shortly afterward, one of the two suspects pulled out a firearm and shot the victim twice.

The investigation thus far shows that this was not a random act of violence. The victim appeared to be targeted by the suspects and was familiar with one of the assailants. The two suspects are described as a white male, approximately 5’10” weighing 185 lbs and a black male, approximately 5’6” to 5’8” wearing a black sweatshirt.