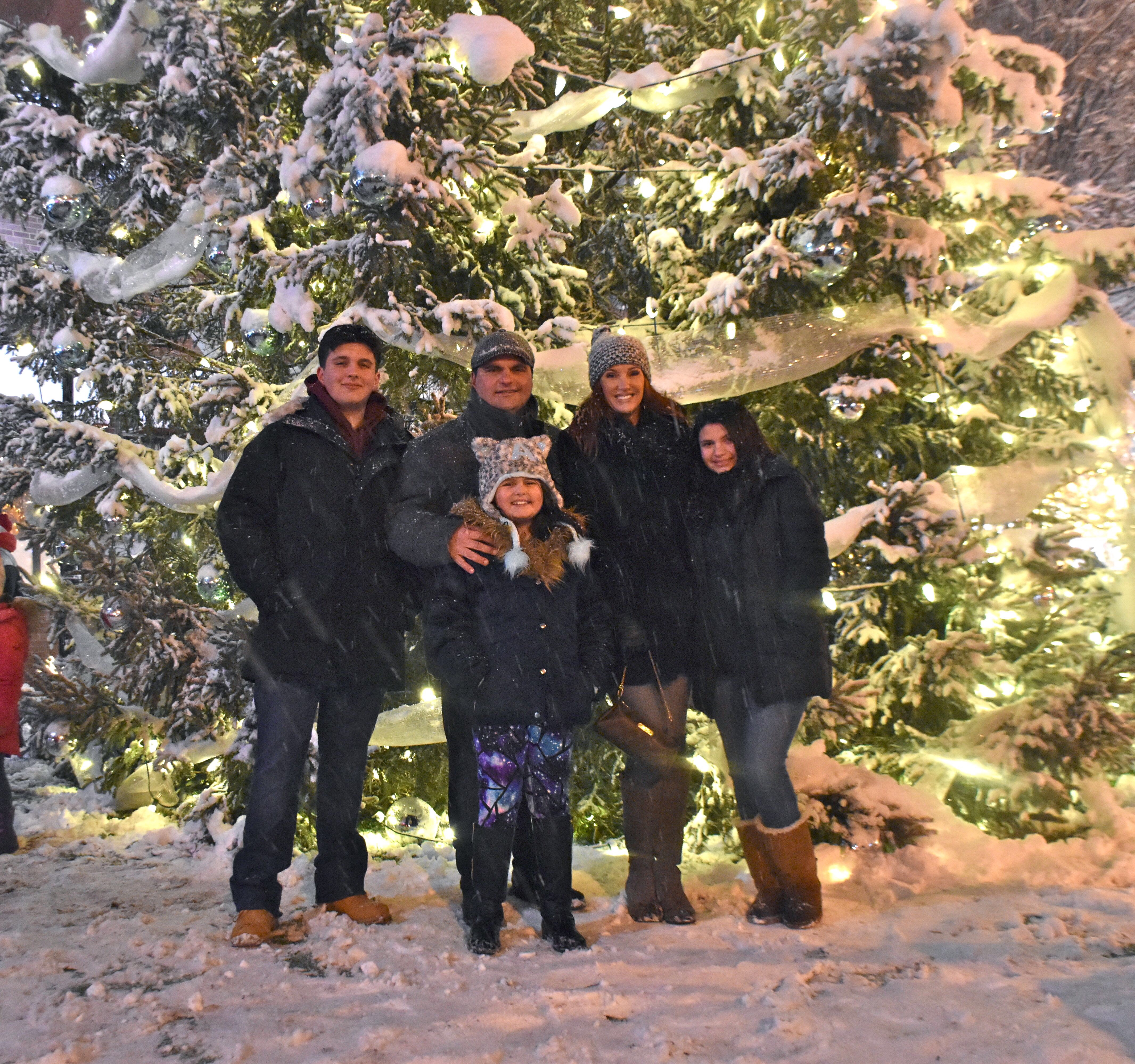 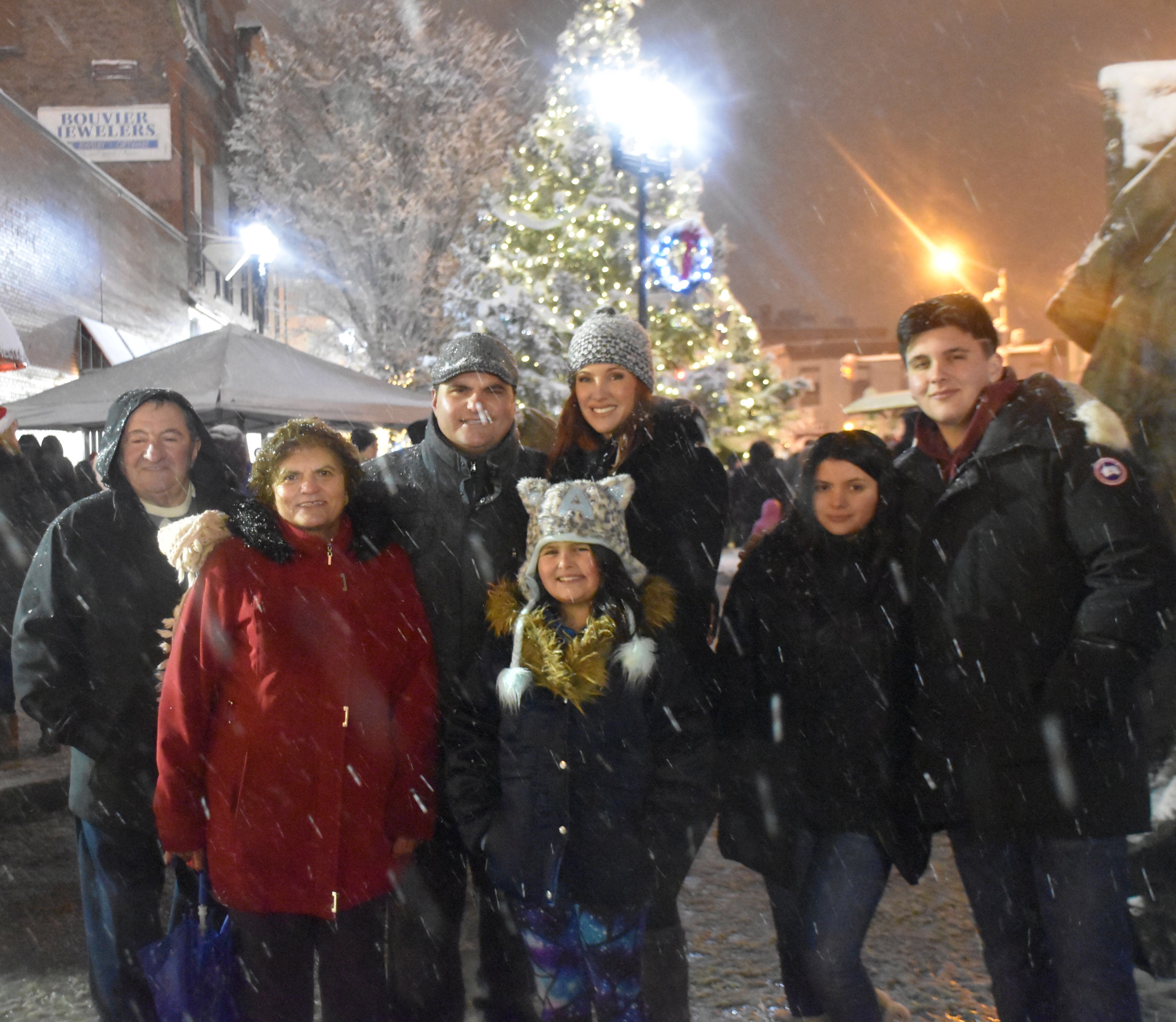 Mayor Carlo DeMaria, along with the Everett Chamber of Commerce, welcomed hundreds of residents and community members to a true winter wonderland at the City’s Annual Tree Lighting Ceremony and Holiday Downtown Open House this past Saturday night. Even with a snow emergency, hundreds of residents packed Everett Square to celebrate the holiday season.

Attendees also enjoyed a Santa’s Village area that included sleigh rides on a real horse and carriage through the square, making their own Christmas decorations, a Balloon Twister, and freshly popped popcorn courtesy of Mayor DeMaria. New this year, attendees also enjoyed a train ride down Norwood Street, also known as the Norwood Express and fire pits, carolers, characters from the movie Frozen, a live Toy Soldier, and a live ice sculpture performance.

This year, Santa Claus photos were taken during the Tree Lighting event and were set in front of the Parlin Library. The scene was transformed into a Christmas winter theme and was free of charge.

Mayor DeMaria, along with the First Lady, Stacy DeMaria, and their children Carlo, Caroline and Alexandra, officially started Everett’s holiday season by lighting the City’s Christmas tree.  The Mayor extended a special thanks to Everett residents, The Grasso Family, of Newton Street, for donating this year’s City tree. The tree is donned with over 2,000 twinkling lights and decorations, illuminating Everett Square as a beacon of holiday spirit.

“Everett is such a strong community filled with compassionate and caring people and it really shows during the holiday season,” states Mayor DeMaria, “Every year City officials, businesses, and residents alike join together to celebrate Everett’s Tree Lighting Ceremony. I would like to once again extend the City’s appreciation to the Grasso Family for donating such a beautiful tree, the Everett Chamber of Commerce and City employees for organizing a great event.” 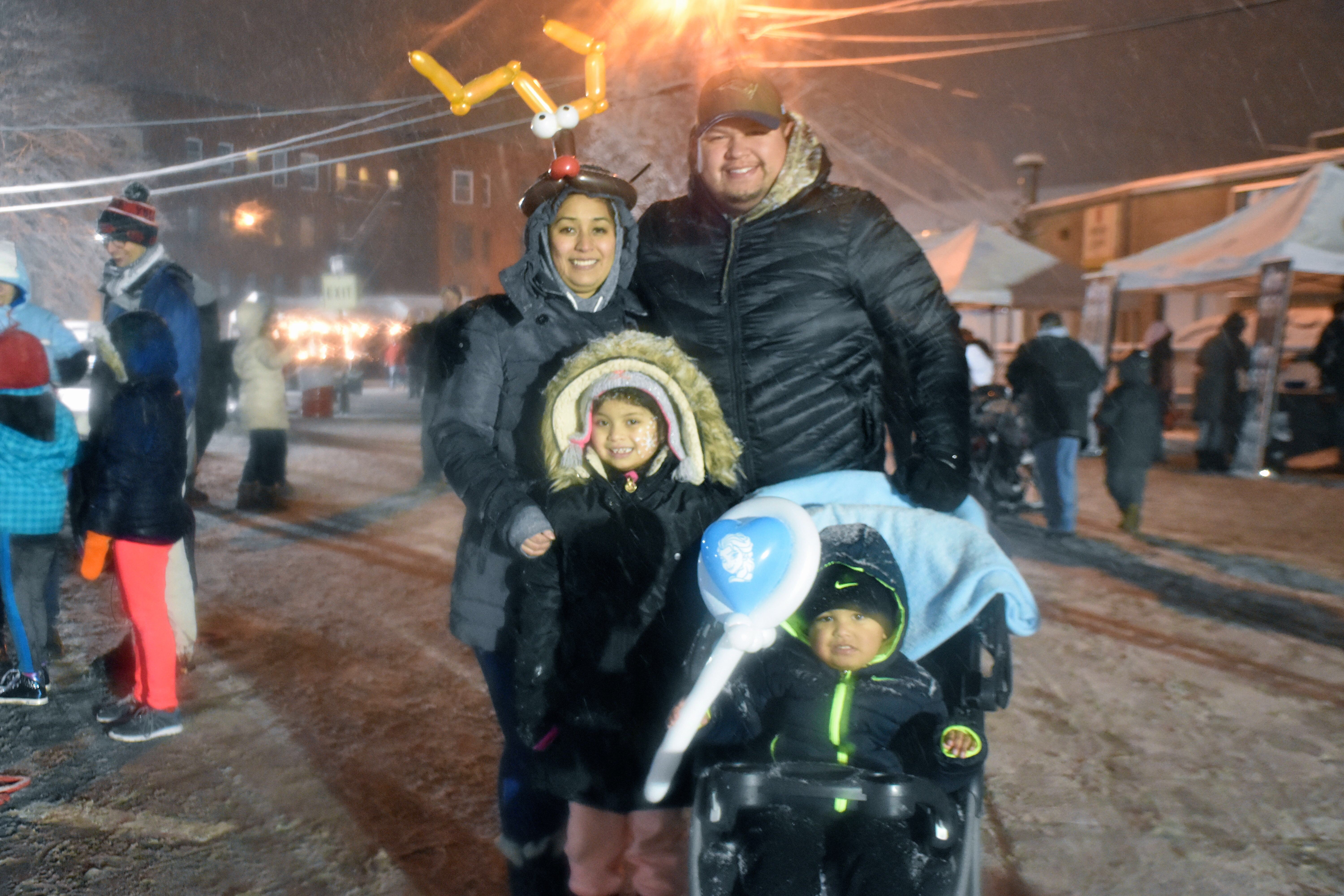