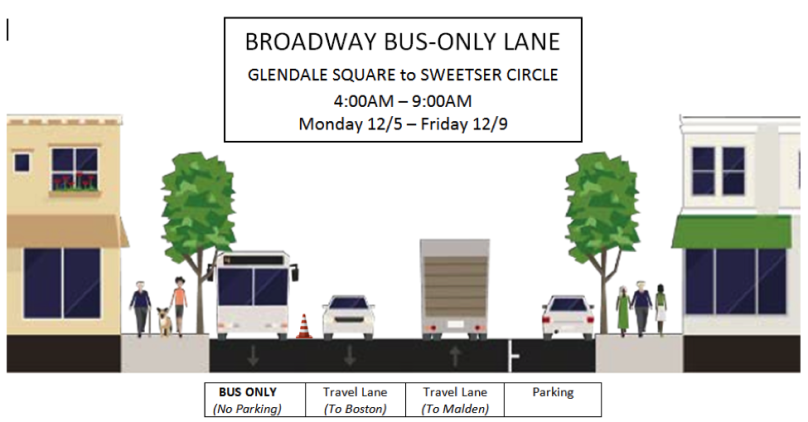 The bus-only lane was a recommendation made by MassDOT as part of the Everett Transit Action Plan, which explored a number of ways to improve transit accessibility and reliability in the City. Currently, the route 104 and 109 busses carry nearly 50% of the people traveling along Broadway during morning rush hour. The bus-only lane could potentially shorten the trip from Glendale Square to Sullivan Square by up to 10 minutes.

Mayor DeMaria states, “My goal is to reduce traffic and increase the efficiency of our public transportation system by creating an express lane for buses. It could allow for more efficient flow of passenger cars by removing buses from the travel lane. While similar bus lanes exist on other parts of the MBTA bus system, the Broadway example would be the first one outside the City of Boston.”

The pilot will run for one week in December in order to gather information regarding overall traffic flow and bus operations along the corridor. If deemed successful, this information will be used to develop a longer-term pilot program in the spring.

Parking: No parking allowed on the southbound side of Broadway. Violators will be towed. 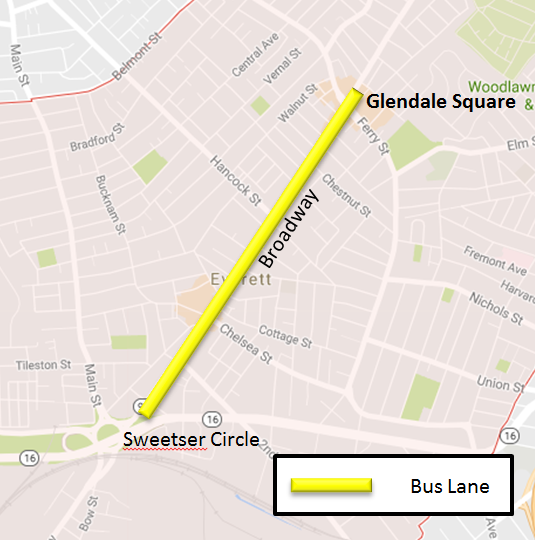