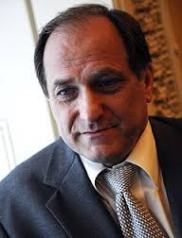 After much debate and speculations of Congressman Mike Capuano running in the election for the 2014 corner office, he released the following statement:
“After taking time to reflect with my family, I have decided that I will not be a candidate for Governor in 2014. I am truly touched by the support and encouragement I received throughout this process, but believe that I can best serve the Commonwealth in Congress. I will continue to be a strong voice for progressive policies in Washington.”